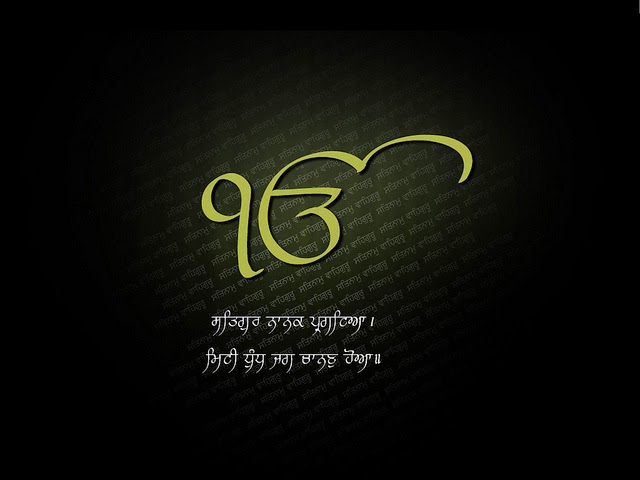 To the new beginnings !!
I wish everyone a very happy New Year.

I have always had fond memories of "Karha Prasad" and it has always been something special for me, something that cannot be described just in words, it's a feeling beyond compare. The fact that it is a religious, holy offering makes this all the more special. Not just a religious offering, but there was this someone who had always been making Karha Prasad even more special for me: My Nani. Even though I have always enjoyed gorging on it in Gurudwaras, it has been prepared in our home, more than any other Sikh home. Reason being: My Nani was a regular Gurudwara priest: a Gurudware de Granthi or Paathi Saahib and that has always made our house more than religious. More religious, more paaths in home, meaning more Kadha Prasads.. Yayyyy !!!

Nani has not been only doing paaths and ardaas in Gurudwaras, she has always been doing Sewa as well. Sewa means service, any kind of service in the religious place. She has been doing Kadha Prasad Di Sewa since before I remember. She has prepared prasad as much as 10 Kgs. and as less as 4 tablespoons, and needless to say it turned out amazingly awesome everytime. So who else can be perfect with the measurements of this particular prasad.

The first and foremost points to be kept in mind is you need to have a clean kitchen, all vessels must be clean and nothing jootha. Also according to what Nani does it is taking a nice bath, wearing completely fresh clothes, covering the head while you are bare-foot and then chanting the paath or religious hymns from Guru Granth Sahib all the while you are preparing prasad. One must never talk to others while preparing prasad. When the prasad is prepared, it must be covered with a NEW cloth which is dipped in water once and dried. After the prasad is prepared, according to tradition must be cut into 5 parts, offered to the God like a bhog and then mixed the bhog with the entire prasad. Then only you can proceed for distributing to everyone.

Nani has always been closest to my heart in all ways. When I got married and moved to a different country, the first thing she asked me to prepare in my new kitchen was "Karha Prasad". But dang! this is a totally new place, and totally new things and utensils of different kinds and so on.. And I was damn hungry the next day and ended up making a vegetable pulao instead while I said sorry to Nani in my mind. And life went on, and my kitchen too... And I never prepared Kadha Prasad. Even though I thought of making it so many times: My birthday, his birthday, our anniversary, Diwali.. but sadly I had seen Nani preparing it so many times but never really wrote the recipe with the exact measurements, which is the most and first crucial part of preparing this.

Came New Year's Eve 2015 and I told him I want to prepare prasad but I don't have the recipe yet. He asked me to call Nani for New Year and check if she can give the recipe in a day or two, and prepare the prasad for or anniversary which is a week from now. That seemed a good idea to me and when I called her up, she was more than excited to give out the recipe on that very moment and she explained to me all the tips and tricks how to prepare it so it turns out perfect. She also gave me the tips on what is the difference between Aate Ka Halwa and Karha Prasad, what to do if making large/small amount of offering in Gurudwara and many others. I noted down everything and told her I would prepare it for my anniversary. She was so disappointed, she said she had thought I'm going to begin my year in kitchen first with prasad, and here I am, wanting to wait a week more. I promised her I would prepare this the first thing in my kitchen in 2015, and so I did. I prepared this with my head covered, barefoot and chanting the religious hymn she asked me to; and it turned out so wonderful, although nothing like Nani's hands' taste, but still it was perfect and a really wonderful beginning to my New Year !! 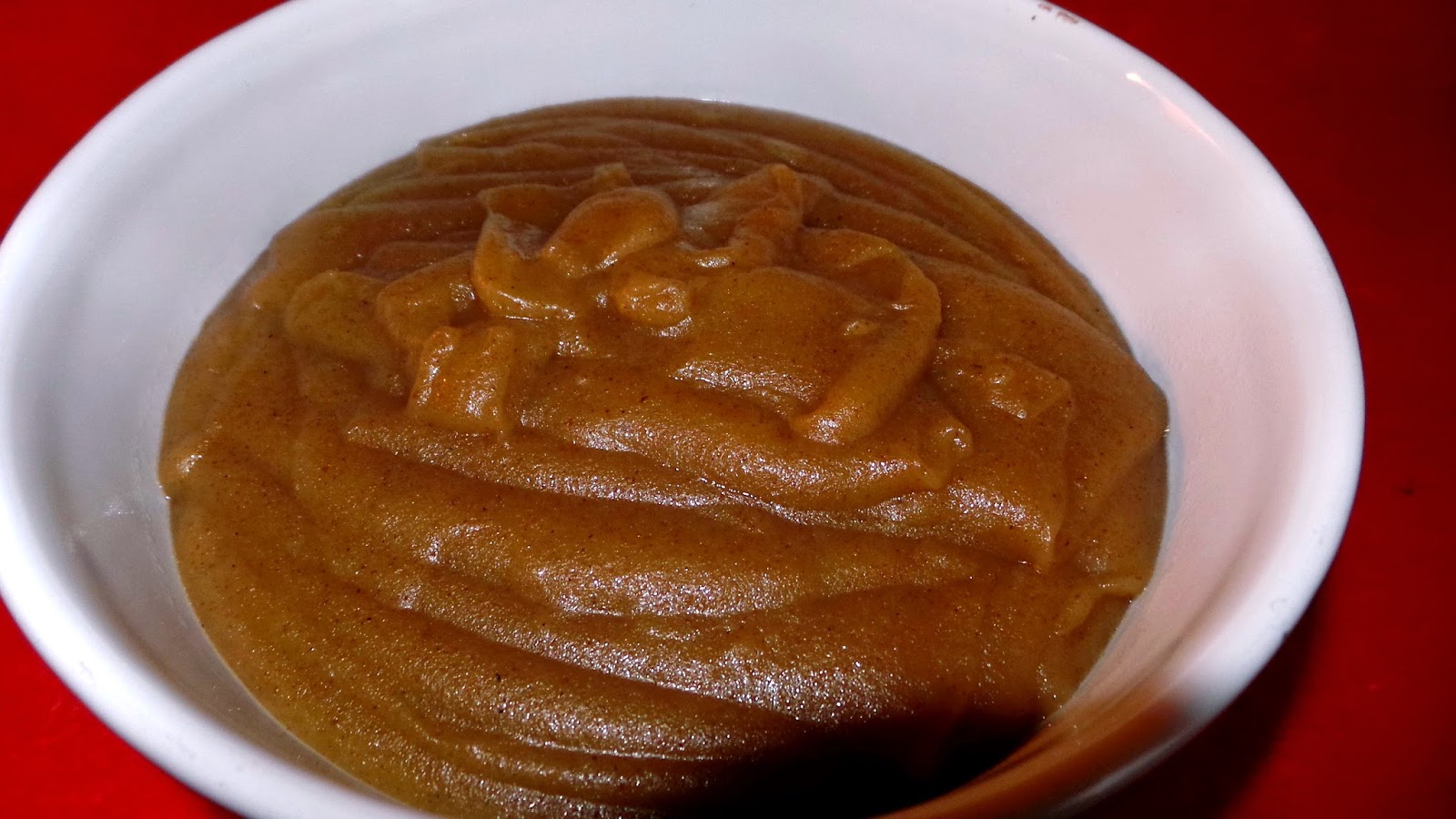 Here is the complete process of various stages and continue reading below for the detailed recipe. 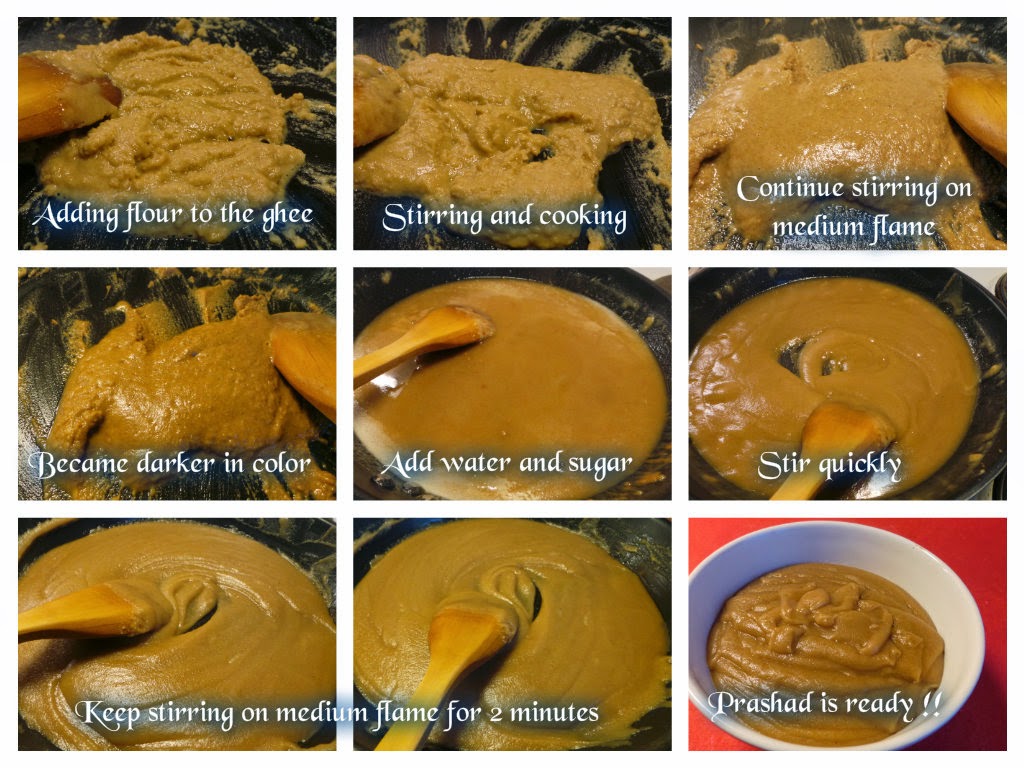 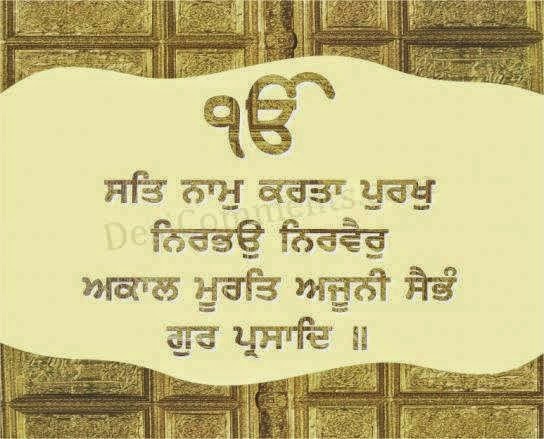